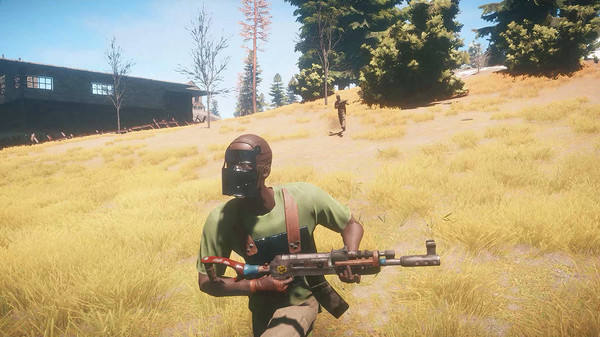 Ah, online gaming. Being a gamer can lead to many new and fun experiences, but it can also leave some feeling like they were attacked by a band of marauders out to steal sanity and fun. Sadly, online communities can be toxic. Sometimes when I talk to new people, I mention that I game. Admittedly this is sometimes a test. Is this person cool? 😉 I’ve received various inevitable responses, and sometimes I wonder if people take pity on me because I’m a woman who games. What a terrible culture for a woman to be a part of! But, in fact, my online gaming experiences have been quite the opposite thus far.

So today I would like to discuss my experiences and observations as a gamer/player of online video games. To be clear, I have had a few negative experiences and come across my fair share of fanboys and trolls. But my gaming history as a woman is not defined by those moments.

In talking about this subject I want to clearly state that I know full well women and girls are often victims of online harassment and violence (as are many others). My intent is not to diminish those experiences in the slightest.

Now, let me tell you a story…

In my early twenties I started playing online PC games. Rust was a particular favorite of mine for a time.

If you’re not familiar with it, Rust is a game that throws players into the world naked and leaves them up to the wiles of other players and nature. If players wish to survive for any length of time, they must quickly gather the necessary supplies to build a shelter and defend themselves. The game breeds competitiveness for resources and encourages warfare among the groups of players that naturally form. The game is also prone to trolls and hackers. So. Many. Hackers.

My first day playing Rust, I managed to build a fairly sizeable base on my own. During one of the night cycles, I could see via in-game chat that a player who recently joined the server was trying to locate his group of friends. It so happened that this lost player stumbled upon my base. I offered him food and welcomed him into my base for the night. Grateful, he let me follow him back to his group’s base the next day, and I soon became a member of their group. From this exchange, I proceeded to play 200+ hours with the same small group of men.

These individuals ranged in age from 20-40 years old. While being the only woman, I never felt out of place in the group once the initial pleasantries were exchanged and I got to know them. We talked about a lot of things: video games, life, education, movies, etc. It was a pretty neat gaming experience that lasted for a few months and then off and on as the game updated and became more popular.

The worst experiences I had while playing Rust involved being cursed at and accused of being a pre-pubescent male due to my voice (*rolls eyes). I sometimes forget that women don’t play video games…But that was as “unsettling” as it got for me.

What I can share is that complete strangers invited me into their group and we happily gamed for many hours. It was a lot of fun, and the whole thing made me less timid about joining up with players online in the future.

I had an overall positive experience playing with those guys because they were decent men playing video games. It didn’t bother them to play with a woman. They just wanted to de-stress, have fun, and game. And while I recognize that games are rhetorical (they create, challenge, and promote meaning like all texts do) and can encourage competitive and even toxic communities, I also know that all players have agency. No one has to be a jerk, but some people make that choice.

So yeah. In light of the negativity surrounding video games, players, and online gaming, I thought it relevant to share something positive this Thursday.

Do you frequently or infrequently play online games? What have your experiences been like?

I game. I teach. I write. Graduate student pursuing a PhD in Rhetoric and Writing. Interested in the use of video games in education, digital rhetoric, and literacy. View all posts by Tabitha